Sina Technology News reported in the early morning of October 14 that Apple held an online release tonight, launching four iPhone 12 series 5G mobile phones, MagSafe series wireless chargers, HomePod mini speakers, and other new products.HomePod has become mini, the size and price are only half of the previous

Although it was recorded and broadcast, the press conference was still online. After a beautiful opening, CEO Cook first announced a smart home product: HomePod mini.

This is actually a product that has been rumored for many days, just because speakers are not replaced as frequently as mobile phones. Nearly 3 and a half years after the release of the original HomePod, the HomePod mini finally arrived. HomePod actually performed a downgrade operation to manufacture a non-flagship product and win more users at a lower price. 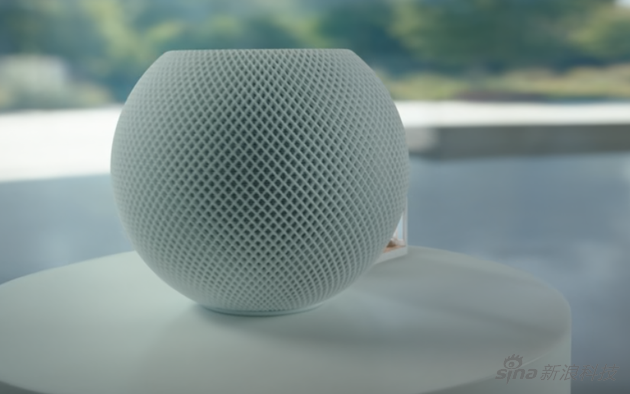 The exterior of HomePod mini is still a fabric surface, but the shape becomes a spherical shape; Apple claims that in order to make this compact device emit high-quality sound, they have redesigned the internal structure. 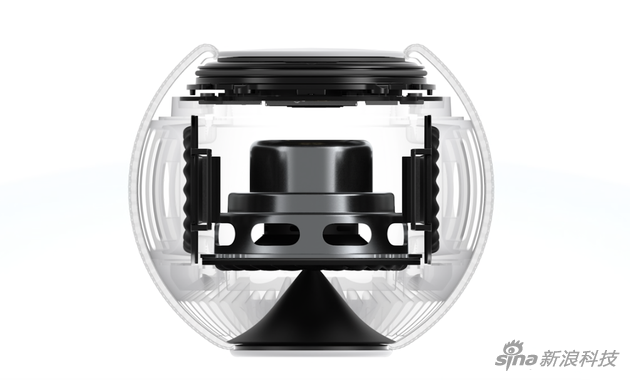 The internal structure is completely changed

HomePod mini is equipped with a backlit touch screen, which can control volume, play/pause, and when the user invokes Siri, the top can still glow. It has a built-in S5 chip, which Apple calls it “computed audio” and designed a complex tuning model for it to optimize loudness and dynamic range. 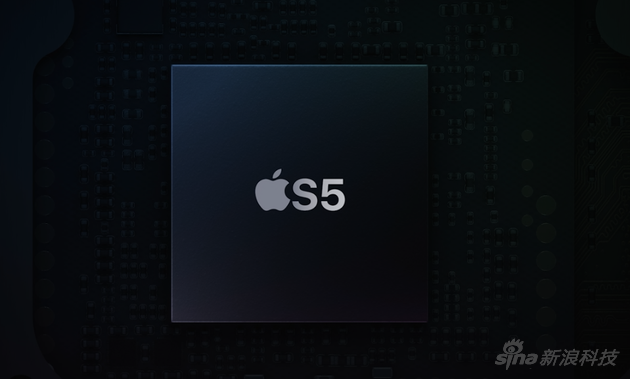 The S5 chip is actually the one on the Apple Watch 5th generation, which also shows its miniaturization. (In contrast, HomePod has 6 microphone arrays, 4-inch subwoofer, 7 speaker arrays at the bottom, and built-in A8 processor for iPhone) 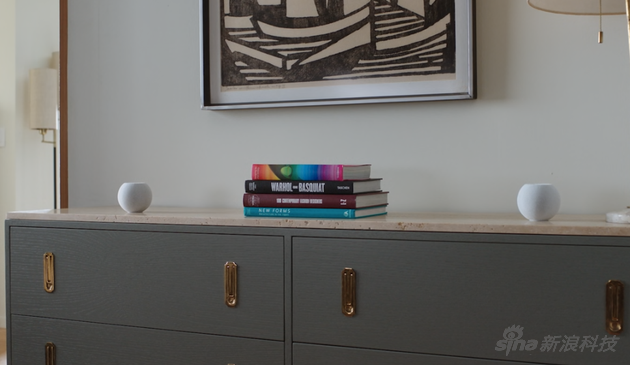 HomePod mini can also team up

Siri is still one of the main functions of HomePod mini. Apple said that Siri is becoming smarter and smarter. In the past three years, the accuracy of Siri’s voice recognition has tripled. Siri and HomePod mini can satisfy all users’ imaginations of smart speakers. 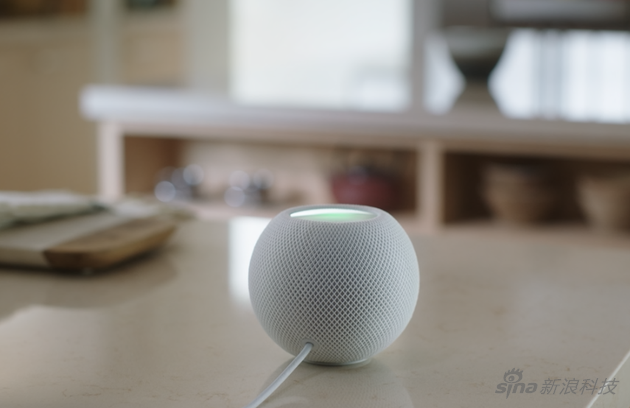 Siri is still the soul of HomePod

HomePod mini can also recognize the voice of each family member, and the newly added “intercom” function can post messages from one HomePod mini to another.

Like the regular version of HomePod, the mini version is also available in white and space gray colors, priced at 99 US dollars (priced at 749 yuan in China), pre-sale on November 6th, and shipped on November 16.

iPhone 12 series: Four models together, 5G is here, the look has changed, and the colors are more.

Due to the epidemic, this year’s iPhone came a little later than previous years, and this is also the first online iPhone launch event in Apple’s history. But in terms of the number of products, this year is the most numerous: four products were released at once, namely iPhone 12 mini, iPhone 12, iPhone 12 Pro, iPhone 12 Pro Max; from small, medium, large, and super large Cup coverage is more complete, more choices, more laughter.

The first online iPhone conference, four models were released at once

The four iPhone 12 series products are differentiated according to the screen size, design details, body material, and camera capabilities. The main features are:

The iPhone 12 mini, with a 5.4-inch screen, starts at $699. Aluminum alloy matte frame, colors are black, white, red, blue, green. The memory capacity is 64/128/256GB; Apple compares it with the 4.7-inch iPhone 8, which is smaller but has a larger screen. The only single SIM card product among the four mobile phones will be released on November 13;

If you follow the iPhone naming rules, this year’s mobile phone may be called 11s; but perhaps to express that this year’s mobile phone has improved a lot, the sequence “12” is directly given to the new product this year; from the actual product, it is indeed the case, the most obvious The appearance (which is also the most concerned part of most users has changed), the curved frame that has been used for many years since the iPhone 6 has changed back to the right-angle shape of the iPhone 4/5 era.

The four iPhone 12 series mobile phones use the A14 Bionic chip as expected. We have actually seen it when the iPad Air was released last month. At present, Apple’s latest and strongest mobile chip uses a 5nm process and integrates 11.8 billion transistors.

A14 chip is still the driving force of new mobile phones

Another important feature is of course 5G. It was mentioned at the press conference that the current US models support the 5G millimeter wave standard, and the official website described China as the Sub-6GHz standard. So on a keynote page at the press conference, we saw the logos of three Chinese operators.

There is a picture of a speech showing a Chinese operator

In terms of 5G network, Apple also added a little of its own creativity to it. The mobile phone has a mode called Smart Data Mode, which will allocate 4G or 5G according to the application bandwidth. Users can specify certain apps that require a lot of data to use the 5G network. , Such as video, etc., and 4G network is sufficient for text chat. In this way, it takes into account the network of 5G mobile phones, while saving power.

The screens of the four mobile phones are all Super Retina XDR screens, consistent with the iPhone 11 Pro series. This also means that this year’s iPhones all use OLED screens, and the LCD screen has finally become a trace of iPhone history. At the same time, the frame of iPhone 12 is smaller than that of iPhone 11 and XR.

In addition to material replacement, Apple also added a skill point to the outer glass of the screen, called “Ceramic Shield”, using ceramic as the glass substrate to increase the screen’s hardness and the phone’s anti-drop ability. Officially, the drop performance can be increased by 4 times.

This time all four models use OLED screens

In terms of taking pictures, the four mobile phones have more obvious differences:

In fact, the camera of the four iPhone 12 mobile phones has improved compared with the previous generation of the same level. Their Deep Fusion mode has been upgraded to make the details better; there are also new upgrades to the smart HDR mode, which Apple calls smart HDR 3; In addition, the camera systems of the iPhone 12 Pro and 12 Pro Max are also different. The latter has a larger sensor, a single pixel can reach 1.7μm, and the wide-angle main lens has a sensor displacement system (according to Apple’s description, it seems a bit Like vivo’s micro-head system…).

The non-Pro lens system has actually been upgraded

Another piece of information that has been revealed early has also been verified tonight. The iPhone 12 series package no longer comes with headphones and chargers, only the mobile phone + TypeC-Lighnting interface charging cable, and manuals.

The packaging is flat, no charger and earphones anymore

If you describe the positioning of the four mobile phones, you can roughly understand it like this:

iPhone 12 Pro, high-end product line, taking pictures is already at the top of the industry;

iPhone 12 Pro Max, the super flagship product, this super big cup is full, regardless of screen, camera workmanship, it is the best of the four models today, of course, the price is also the highest.

Although the iPhone 12 series is still a Lighnting interface, wireless charging has been upgraded. Apple has made a double upgrade of functional details + publicity.

The first is the naming, wireless charging uses the name “MagSafe” that everyone loved before MacBook notebooks. It was originally the name of the unique magnetic charging port on the MacBook. Old users said that it was Apple’s use of magnets in the design level, which was deeply loved by users at the time.

The charging design of the previous MacBook notebook

But after the appearance of the USB-C interface, the advantages of high power + data charging made MagSafe temporarily withdraw from the stage of history.

Today, the return of iPhone 12 wireless charging also uses a magnetic device, which is still the Qi standard, but the power has been upgraded from 7.5W to 15W. The most important thing is that, unlike the previous manual alignment on the charging base, MagSafe can automatically adsorb and accurately correspond to the mobile phone and the wireless charging side base. This experience can be understood by Apple Watch users.

MagSafe is not an innovative innovation, but after use, there will be an unexpected sense of convenience, which is an improvement of Apple.

In addition to the charging part, Apple has also introduced MagSafe-related packages, such as MagSafe magnetic cardholders and wireless chargers, which look like a large Apple Watch charger that can be accurately adsorbed in place to charge the phone with one touch.

The English title of this press conference is “Hi, Speed”. When sending the invitation letter, Apple has used these two words and puns to announce two products: “Hi” refers to Siri, which is HomePod mini; Speed ​​is It is a 5G high-speed network, referring to today’s new iPhones.

HomePod mini can be regarded as the appetizer of this conference. Apple used it to make up for its own market gap. The US$99 and China price of 749 yuan can be said to be a cost-effective product, and it also allows more people with limited budgets to enter the Apple ecosystem. A new reason.

The iPhone 12 series is today’s appetizer + main course, but compared to the past, this year’s appetizer is one more.

Compared with the three mobile phones that were divided into Pro and non-Pro grades in previous years, this year’s four mobile phones have more obvious differences and price differences. It can be said that they are four dishes with different tastes, and no longer like XS and XS Max. , The two flagships have no more differences except for size.

Four products, two series, whether it is Pro or non-Pro, have deliberately made a larger distinction, giving people who like to take pictures or who like larger/smaller bodies have different reasons to buy.

In this way, the goal of covering everyone is reached. For Apple, which has finally entered the 5G era, this is the only way and a top priority.