When I was young, I saw all kinds of superheroes, and I felt that Batman was going to dominate the rivers and lakes, and Megatron Gotham. During the day, he was the rich and handsome second generation, and at night he was the gatekeeper of the dark order. The whole thing was envy.

Growing up, I think Batman is the most bleak among superheroes. Gotham is an eternal quagmire, family is a broken memory, half human and half god, there will always be endless troubles in the Zhenglian, which makes a pure human heart broken.

In general, as a representative of the hero with the most complex background, simplest ability, but constantly surpassing himself, Batman’s popularity never disappoints, and Batman’s story will always attract your attention. Just as many years later, the whole movie world of Nolan’s trilogy has been heated up, making me a half-hearted fan after watching Bell’s performance to believe that this is the best Batman in my heart. Therefore, when I received the Black Knight watch from my friend, my first reaction was the rise of the classic Dark Knight. Similar to Batman, jeep was also the “big name” that my parents chased when I was a child. After seeing him start making smart watches, I felt that there were some doubts in the novelty. I don’t know how this crossover player’s product is?

How much master’s skill can the black knight have? Let’s watch me open the box slowly.

Out of the box evaluation

The first feeling after getting the watch is that your uncle is still your uncle, but jeep is no longer the jeep in my impression. 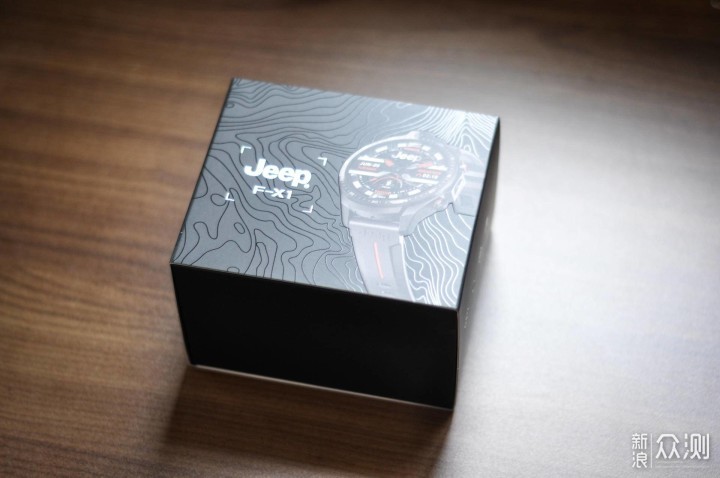 In my mind, jeep is still a traditional American fashion, wild and rough, but in the black knight watch, I saw the wild fashion, the all-black packaging does not look dull, but very stylish, quite a suit thug.

Open the package, the family portrait is concise and clear, with instructions, quick magnetizing, card opener and most importantly-Black Knight FX-1 body.

As a car brand , the smart watch is sometimes quite interesting, but Jeep’s hardware is quite solid. It can be seen that it is riveting enough to create a large single product. The 400X400 retina screen and Corning Gorilla anti-fingerprint mirror, coupled with a large logo, looks cool.

As a smart watch that focuses on sports and health functions, the TPU quick release strap is obviously the best choice for sweating. The entire black knight emphasizes the all-black theme with a touch of red, which reminds me of the wild and hideous under Batman’s non-killing justice.

There is a dedicated nano-sim card slot at the bottom of the watch. As the flagship model, Black Knight is naturally full Netcom. It can be easily handled with sim card phone text messages. It has a strong supplementary effect on mobile phones in many scenarios. On the other hand, the two position-count buttons imitating the traditional watch provide the function of rest and return, and the middle is worth talking about. The interesting point of this black knight is that it is equipped with front and side 5MP/2MP lens, which can play a lot of tricks under the portability of the watch.

2 Reply to “The Dark Knight Rise of the Fan, Jeep Black Knight Smart Watch out of the box”