The new cool products are free to try for the first time, and there are many high-quality experts to share their unique life experience, come to Sina Public Test, and experience the most cutting-edge, most interesting, and most fun products in various fields~! Download the client and get exclusive benefits! New products get soft, good things are recommended every day, and Sina Public Beta is waiting for you to join. Here, you can also become a digital big V; here, you have the final say whether the product is good or bad. Have fun with new and wonderful things, come to Sina Public Test

In 2007, two products were thought to have fundamentally changed computing: the first was the iPhone, and the second was the Eee PC 701 priced at $399. The former redefine the smartphone, while the latter has long since fallen into the altar, a short-lived in the history of technology. Eee PC 701 originally ran a customized Linux system, which was highly praised by many technology critics and predicted that it would become a new computer with popular appeal.

Mark Spoonauer, the editor of Laptop Mag, said it was “10 times simpler than any Windows laptop” and stated that “it is the most cost-effective laptop on the planet.” At that time, we did not have the concept of “cloud service”, but this two-pound netbook quickly became popular in the global market. However, it is not allowed to want Linux to replace Windows, so under the operation of Microsoft, the Eee PC launched in January 2008 has replaced the Windows XP system. And this also became the beginning of the netbook’s fall into the altar. 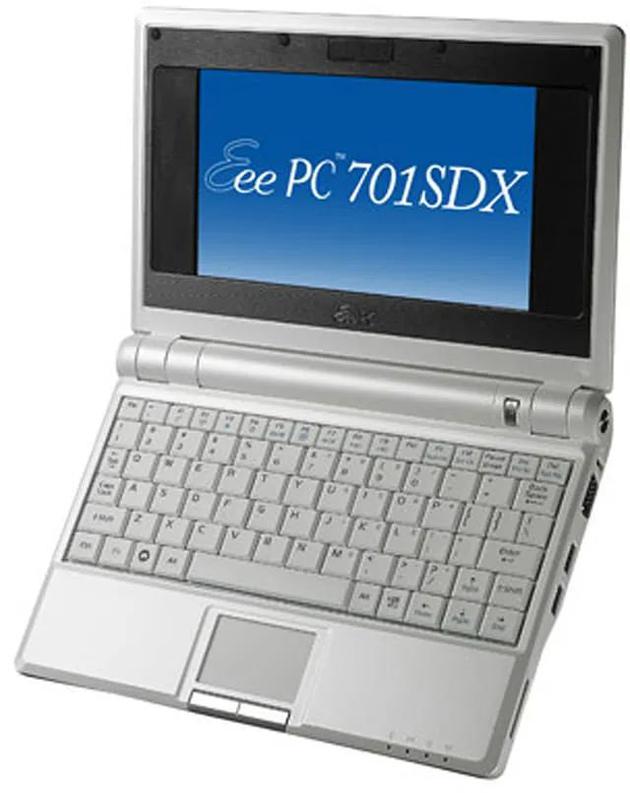 Later, Microsoft created a thing called Windows 7 Starter, which is a funny minified version of Windows only for netbooks. You are not even allowed to change the desktop background! At that time, netbooks were popular among manufacturers, and ASUS launched at least 20 different models of Eee PC in 2008 alone. And this is just Asus! Dell, HP, Lenovo, etc. are all chasing the concept of netbooks. It is a bit strange that netbooks can be popular in the global market because the basic specifications of each netbook are the same: 1.6GHz Intel Atom processor, 1GB RAM, and 160GB hard drive. A boring Windows system is running on poor performance. When the performance of the notebook becomes more and more powerful, the netbook is naturally abandoned.

Then in 2010, when the iPad came out, netbooks inexplicably became part of the computing vocabulary, so much so that Jobs clearly stated the shortcomings of netbooks when introducing the iPad. Even Jobs said when introducing the iPad: “The problem is netbooks aren’t better at anything” (the problem is that netbooks are not good enough in any scenario). This is a truth Steve Jobs said on stage, the purpose is to clearly distinguish the new iPad and netbook at that time spark global limited.

article links：Once thought it would subvert the notebook industry