It has not been a day or two for Microsoft to fiddle on Win10, but the result is still unsatisfactory, especially the nondescript UI! In fact, the foundation of Win10 is still good, new technologies are used a lot, and the appearance is more attractive than before, but… I always feel that something is missing!

Are you envious of the uniformity of the Mac interface next door? The following five artifacts can instantly transform your Win10 into macOS. 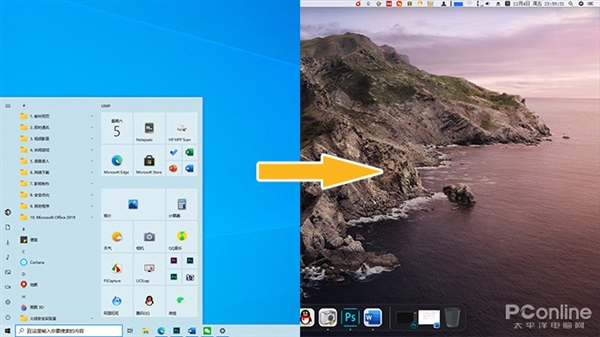 The Dock bar is definitely the biggest attraction of the Mac system. Not only is it convenient, but its unique appearance also attracts many people all the time. My Dock is a small tool that highly imitates the Mac Dock. Simply put, it can imitate two major functions. One is the bottom Dock bar, and the other is the window animation.

The Dock bar of My Dock can definitely compete with the real Apple. When the mouse is over, there will be dynamic zoom, and the thumbnail is exactly the same as the real Dock. On the left is the application, on the right is the open window. In addition to various Windows programs, you can also find “authentic” Mac elements such as Finder, Calendar, Clock, Weather, Siri, and Launchpad.

Of course, it’s just icons, and the real functions are still borne by related modules in Win10. 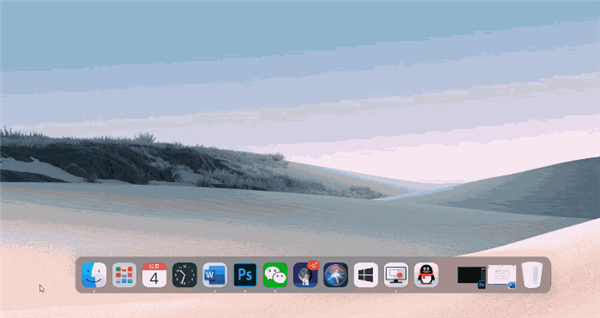 Dynamic effects are benchmarked against Mac, including minimizing, restoring, and program startup. There was no lag in the whole process, just as silky and smooth as a real Mac computer. And this animation is not limited to documents, as long as it is a window, no matter the program or the system, you can see the appearance of animation when you perform the above operations.

If My Dock solves the task bar problem, then My Finder deals with the menu bar at the top of the Mac. The Mac top bar is similar to the Win10 task bar, but it can automatically change according to the currently open program.

For example, when you start the Word software, the top bar will display some Word-related menu items, and when you open Photoshop, here will become related commands in PS. 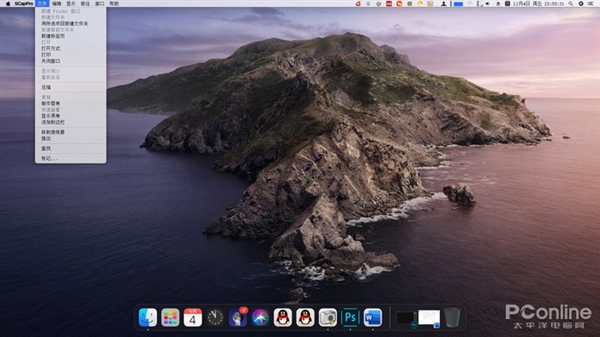 The upper right corner of the top bar is the system parameter display area, similar to the Win10 system tray. Here you can see many elements that are similar to the Mac’s appearance, such as date, time, memory, CPU usage, etc. There are even notification reminders and volume indicators that are exactly the same as the Mac. 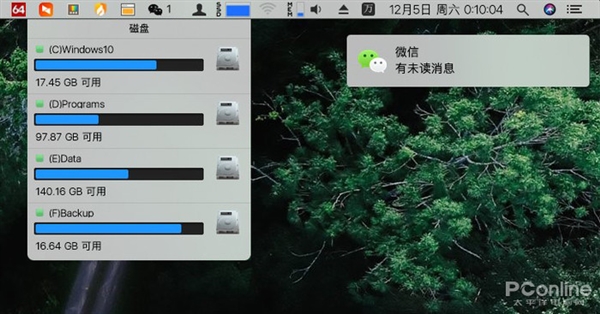 The original Mac version of “tips”

WinDynamicDesktop is a wallpaper program that can automatically change with time to imitate another magical feature in MacOS-dynamic desktop. After the first launch, we need to grant the software positioning rights so that it can determine the sunrise and sunset times in real time based on our current location.

Like the same function in Mac, WinDynamicDesktop does not simply switch the wallpaper automatically according to the time, but according to the seasonal changes of the user’s location, and then combined with the time to switch. To put it simply, when it gets dark there, the computer desktop will also be dark! 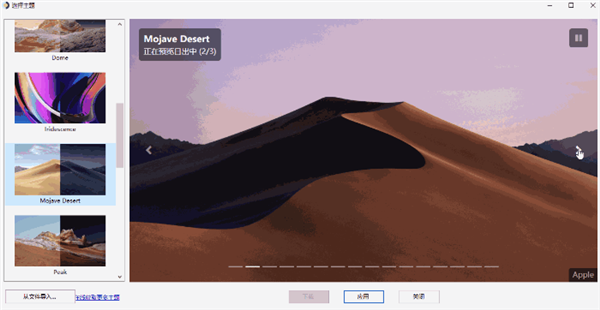 Wallpaper that changes automatically over time

Unfortunately, WinDynamicDesktop itself does not have a built-in wallpaper, we need to download it manually. And because the server is abroad, the download speed is very, very…slow. And this is the biggest regret of this software!

Looking at the software name, I believe everyone has guessed what it does. As we all know, Windows font rendering has always been a big problem, especially on high-resolution screens such as 2K and 4K, which is completely different from Mac font rendering. MacType is a small software that can imitate Mac font rendering style on Windows.

The software is simple to use, just install it directly. Considering the equipment differences between different users, a number of configuration files are included here. However, I personally feel that the effect of Default is already very good. If there is no special requirement, just keep the status quo. See the figure above for the actual effect.

Children’s shoes who have used the Mac system will certainly praise its “Spotlight” (Spotlight). Indeed, the built-in search of Windows is terrible in comparison. Listary is a global search tool similar to Spotlight, which also supports hotkeys (double-click the Ctrl key twice).

You can search any program or document you want through the input box, even if you only remember a few words. 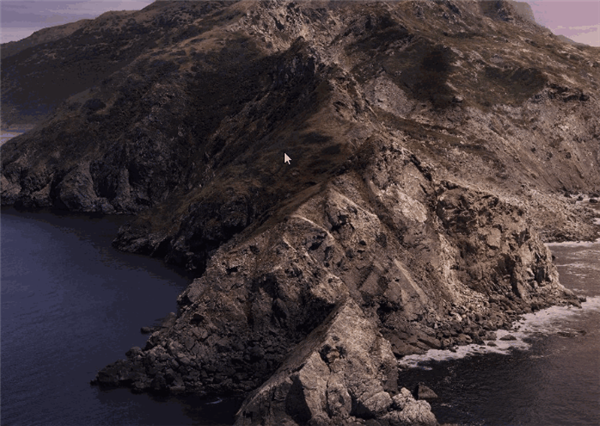 In addition to the search function, Listary also supports simple mathematical operations, and double-click on the blank area of ​​the window to bring up the shortcut menu. Compared to Spotlight, Listary is not inferior in terms of appearance and functionality.

Write at the end

The above are a few small pieces of software that I want to recommend to everyone on this issue. Although the process of tinkering may be a bit cumbersome, the effect after completion is definitely worth your toss!