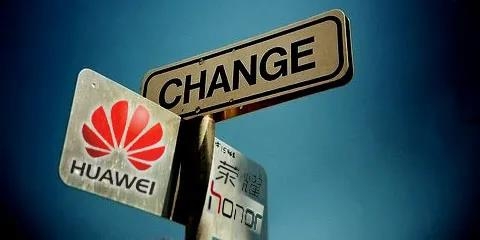 Previously, industry insiders have analyzed that one of the most likely countermeasures for Huawei to respond to the US ban is to sell the Honor business. He believes this is a win-win situation for the Honor brand, suppliers and the Chinese electronics industry. Today, all this seems to be a matter of course.

Honor’s “independence” is undoubtedly a new round of reshuffle for the Chinese mobile phone market. It is reported that in the global smartphone market, Xiaomi has benefited from the impact of the decline in Huawei’s mobile phone shipments and has emerged as the world’s second largest mobile phone company the trend of.

The birth of glory: born because of Xiaomi and grew up in struggle

In 2011, the Internet mobile phone brand Xiaomi launched the first Xiaomi mobile phone M1 at a price close to the cost. Before the release of this mobile phone, Huawei’s consumer business CEO Yu Chengdong announced on Weibo that Huawei will also launch a similarly positioned mobile phone called Honor.

On December 16, 2013, the day that Honor officially defined as the birth date of the brand, the Honor 3C with a starting price of 798 yuan officially met with consumers, directly targeting the 799 yuan Xiaomi Redmi phone released 5 months ago. The number of appointments for the conference is close to 10 million, which is enough to see that the new products of Honor mobile phones received attention at that time. On the same day, Yu Chengdong claimed that Xiaomi’s mobile phone was too hot, and Honor came specifically to reduce fever, and that he played futures like Xiaomi. All the actions of Glory are enough to show that this brand is established by Huawei for Xiaomi.

At that time, Internet mobile phones were just emerging, and independent sub-brands + cost-effectiveness became the industry consensus. The three industry giants Huawei, Xiaomi, and OPPO have established three new brands, namely Honor, Redmi, and OnePlus, to start a fierce market competition. The positioning of Honor is similar to that of the newly born Redmi. It is responsible for fighting its opponents at a price of around 2,000 yuan, focusing on the Internet, and being a technology fashion brand for young people.

Since then, Honor and Xiaomi have forged an indissoluble bond. On March 17, 2014, Xiaomi launched Redmi Note with the slogan “Always believe that beautiful things are about to happen”. Two days later, Honor also launched new products with the slogan “Better things have happened”; April 8 , Xiaomi hosted the rice noodle festival, on the same day, glory hosted the carnival; Xiaomi’s “Theme Design Contest” slogan is “This time, we are the whole point”, and then the “Huawei EMUI Global Mobile Theme Design Contest” held by Huawei, the slogan is ” This time, we are bigger on the whole point.”

At the end of the seven years when Huawei used Honor to fight, the Honor brand is also growing. In 2016, Honor surpassed Xiaomi in terms of shipments; in 2017, it approached Xiaomi (Xiaomi and Redmi totaled 91.41 million units) with more than 90 million sales. In that year, it earned more than 10 billion U.S. dollars in revenue. After that, Honor upgraded its brand and strategy, the visual was upgraded from lowercase honor to uppercase HONOR, and the brand slogan became “HONOR MY WORLD (my glory)”. This is in sync with Honor’s internationalization strategy.

article links：Eagle from Nest: How to face Xiaomi without the glory of Huawei?

2 Reply to “Eagle from Nest: How to face Xiaomi without the glory of Huawei?”