Sina Technology News reported in the early morning of November 11 that Apple held an online press conference today to officially launch its first self-developed chip and three computer products using this chip. Apple CEO Cook opened the scene and reviewed many new products launched by Apple this year, including a series of new iPhones, new iPads, and peripheral products such as HomePod mini. Then he mentioned that one more thing this year (One More Thing), that is, Apple’s self-developed chip, finally came.In fact, as early as June at the Apple Worldwide Developers Conference (WWDC20), Apple’s self-developed chips were introduced. At that time, as the finale of the WWDC conference, its appearance was more like a campaign, and the announcement was announced later this year. Cook said that today is the time for it to appear

1) M1 chip focuses on energy efficiency ratio:The specific introduction part, of course, starts with the chip. The first Apple self-developed chip was named “M1”, which is different from the separate design of CPU and GPU that are currently commonly used in computers. This chip is an integrated chip. Using 5nm process technology, CPU, GPU, and cache are integrated. 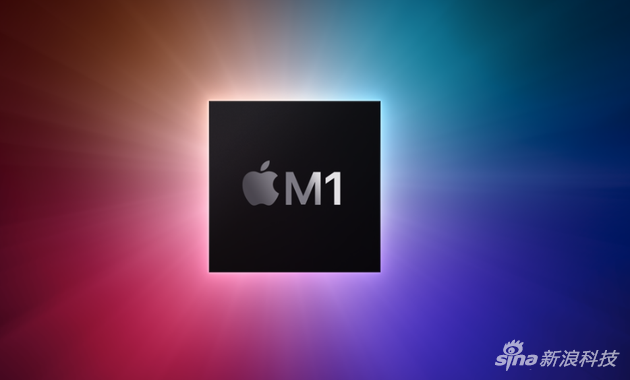 This approach is actually a common way to move chips at present, and M1 can also be said to be an enhanced version of Apple’s A14 chip. This can be seen from some of its details, such as the 5-nanometer process and CPU+GPU+NPU ( Neural Engine) architecture. But in some parts, M1 is different from A14. For example, it has 16 billion transistors (A14 is 11.8 billion), and an 8-core CPU contains 4 performance cores + 4 energy efficiency cores (A14 is 4+2). In addition, this chip also has an 8-core GPU (A14 is 4 cores); a 16-core neural network engine, which can process 11 trillion operations per second (this is the same as the A14).

This chip supports the latest USB4 standard, and has considerable security performance, but more importantly, M1’s machine learning capabilities. Apple has emphasized this ability in its A-series chips in recent years. One of the reasons is that the CPU computing power of mobile chips has peaked, and the intervention of machine learning actually improves computing power from another perspective. When introducing the new A14 product, Apple also said that due to the enhancement of the NPU part, its machine learning accelerator makes the calculation speed up to 10 times faster.

2) A computer system compatible with M1

After introducing the chip part, start another important role-system.

The macOS Big Sur system was introduced at WWDC. The UI has made the biggest adjustment in the past two years. The dialog box has become pure white and black with a frosted glass texture. The icon style has become more unified, and it is more like iOS in short. The system name follows the habit of macOS in recent years using California scenery. At that time, Apple introduced that the main update point of macOS Big Sur is the update of the Safari browser, and it has brought optimization for the information App, map, and privacy functions. In appearance, macOS Big Sur draws on many elements of iOS, including control center, notification center, etc., and you can see the shadow of iOS devices.